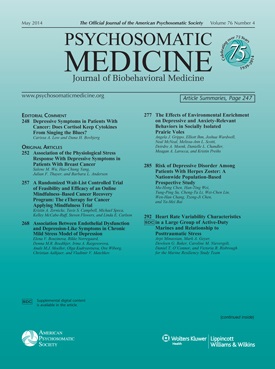 The Relationship Between a Mother’s Menstrual Status and Her Response to Illness in Her Child.